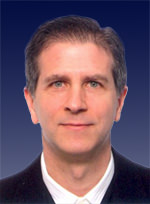 Glen Steinman is a member of the Advisory Board of QuestMark Capital Management Sdn Bhd.

Mr. Steinman is also President and co-founder of Seema International Limited, a Hong Kong based strategic consultancy with unparalleled Drinks industry consulting experience in China and other Asian markets. Since establishing Seema in 1994 with U.S. beer industry legend Mike Mazzoni, Mr. Steinman has led the company to consult extensively to the senior management of leading global and regional players at each tier of the Drinks industry value chain. Seema's advisory services focus on strategy, deal-making, route-to-market solutions and customized industry analysis. Seema and Mr. Steinman also have wide-ranging advisory experience in multiple industries in addition to Drinks. Different than many other consultants, Mr. Steinman and his Associates at Seema have operational experience as executives of international businesses.

Mr. Steinman has been deeply involved in Asia since he first lived in Beijing in the early 1980's. His career began in 1982 at Monarch Import Company, where as General Manager he led Tsingtao Beer's development as the the most widely recognized Chinese consumer product sold in the United States. During his tenure at Monarch, Tsingtao was often cited as one of the most successful examples of commercial cooperation between Chinese and U.S. companies. Prior to forming Seema, he also served as Chairman for various China-based production JV's.

Mr. Steinman speaks and writes Chinese fluently. He is also a frequent speaker at major forums on China and the international Drinks industry.